I recently came across this post and thought I would give this a try on one of my spare Raspberry Pi Zeros. A Sinclair ZX Spectrum bare metal emulator that opens almost instantly.

First I went to zxbaremulator and downloaded the images for different raspberry pi models.

To get this to work, the instruction suggesting copying the all files zip download onto a new formatted fat32 micro sd card or using an image supposed to work on pi 2 & 3’s.

I downloaded etcher.io and copied the relevant pi 2/3 image onto the micro sd card.

copies of any ROMS you own. You can download various tap and tzx files used by spectrums. As the instruction’s suggested, I copied these onto the root of the sd card and raspberry pi image. I then inserted into the pi and turned on. The pi booted straight into the spectrum emulator. I pressed F1 to select any game rom files but none were shown on the screen. I tried the raspberry pi 2,3  image and copied this onto the micro sd card and tried again but the pi zero would not boot. One final attempt, I tried downloading a Raspbian image. Then renamed the kernel7.img file to kernel7.img.old and copied the all files zip onto the micro sd card. Again no boot.

It took me a while to work out keyboard controls on a standard UK PC keyboard but this worked for me:

F1 to load the game selection screen. Choose your game and press select then Escape. This takes you back to the home screen. Then press J to type the LOAD command and then Control+P twice to insert the speech marks “”.

The game takes a short while to load and looks like its loading from a tape cassette. I tried chuckie egg for a test. Because i’m using a PC keyboard I tried to remap the maps in the game to the arrow buttons on my keyboard but this didn’t work. In the end I found that using QA,N,M and space worked well for me.

We visited this festival again for the third year in a row, I think it is.

Held at the Centre for Computing History in Cambridge. It’s tucked away in a little industrial estate with limited car parking.

Once through the inconspicuous doors that hide a gem of nerdiness, you are met with a little reception desk and small shop area with an array of computer related gadgets and niknaks.

There is s small hatch which serves drinks and some limited snacks, tables to sit and eat and a huge working microprocessor simulator occupies a couple of the walls.

This weekend they break out all the arcade machines, consoles, handhelds, computers, mainframes and associated hardware and software. You can interact with many of the most influential computers in silicon history. I love this festival because there’s also a large number of enthusiasts and experts to tell you about the systems and I love the stories they tell that help to bring them to life.

If you were s child of the 70’s and 80’s particularly then you will love this.

In a side room is a mockup of a 70’s/80’s office and in another room were some enthusiasts displaying their personal collections.

I went over to talk to a man who sells the RC2014 z80 kit. I bought one last year and haven’t been able to get it fully working yet. He was able to test most of the PCB’s and confirm they were working. It could still be the CPU PCB or the TTL connector kit. I bought one of his Raspberry Pi expansion PCB’s so I can connect it to a Raspberry pi for video output and bypass the need for the USB serial TTL connection. I now need to get home and check all my solder joints on the CPU assembly.

Debbie and I played games on a few of the consoles including the original pong on a TV console. Obviously I won as can be seen on the video:

About a year ago I purchased a Lego 1093 Interface A set which came with the electronics but no software. I have tried searching online,in forums and even Lego but could not get hold of the required software to use this. I recently found that the Museum had a copy somewhere. On Saturday there was a volunteer demonstrating some similar PC controlled Lego kits and I mentioned this all to him. He was kind enough to locate the software and spoke to a colleague who is going to make a copy and send it out to me. Looking forward to that.

Another exhibitor at the event was the ex managing director of Commodore, David Pleasance, who has just released a new book about his days running Commodore. He has also released an accompanying Blu-ray with interviews and a music CD. He has a musical history as well as looking after one of the most iconic computer companies of the 80’s. We bought his book for £30 and Blu-ray for £20 and he threw in the CD. After some problems taking electronic payments, he signed both and allowed a photo opportunity. Looking forward to reading the inside story of Commodore.

One of the things I always enjoy about this event is seeing the enthusiasts and volunteers who continue to maintain old systems and in some cases develop new hardware and software to keep these systems alive and popular as ever. Retro is definitely in.

One of the volunteers was showing off his Altair 8080 emulator. A hardware version of the classic computer that is fully working with an authentic looking control panel.

Some of the great systems to see and play! 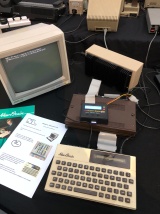 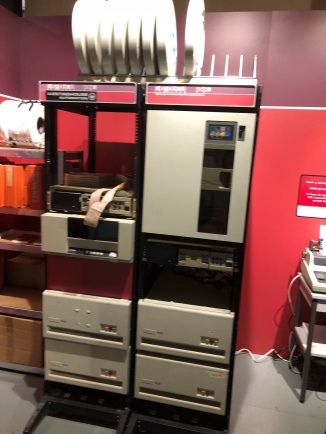 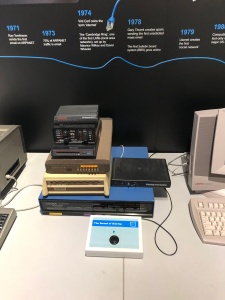 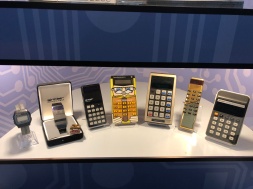 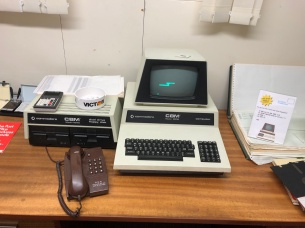 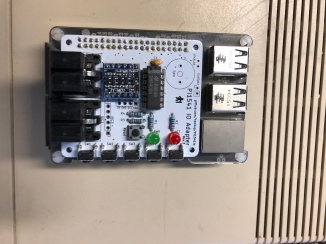 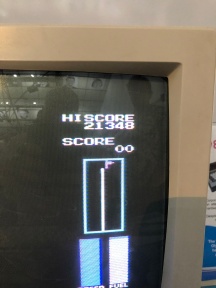